When it comes to Tenerife, one thing that’s talked about the most other than the scenery and of course the Teide volcano, which is the most popular attraction in the place, it’s the weather. To most people, after seeing images of Tenerife, they would immediately assume that the island is a really hot place that is populated by some big dry rocks, something that isn’t true at all.

If you follow the weather forecasts of Tenerife for a year or so, you are likely to figure out that when reporting the weather, Tenerife is split into two. There is the south and the north. The North can be classified as wet while the South is classified as dry. Although these ‘theories’ about the North and South are correct, there is more to it than what meets the surface and if you want to truly understand Tenerife’s great weather, then here are some key details for you.

The temperatures in Tenerife

As you already know, the weather patterns of Tenerife are divided between two regions, the North and the South. One basic assumption however that’s untrue is that the North is cloudy whilst the South is sunny. The reason why this popular assumption about the weather in Tenerife is false is simply because everything is all relative. The great thing about all of this is that in the winters, the weather will never drop below 20 degrees and in the summers it will vary between 25 – 35 degrees. This make this weather ideal especially for tourists because truthfully speaking, the weather is very easy to handle regardless of the conditions. 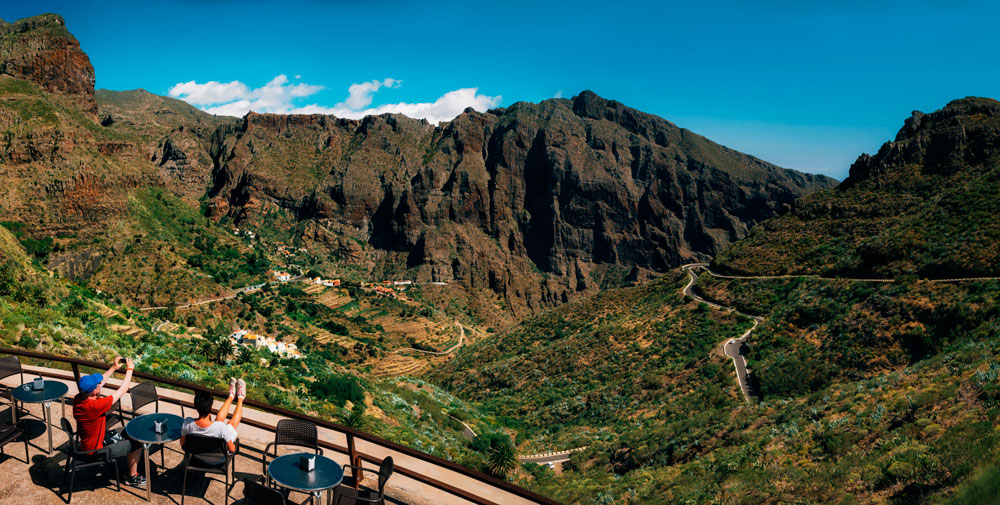 One frequent question by someone who is considering vacationing in Tenerife are the rain patterns in the island. To explain them, we’ll start by bringing out the fact that although it rains in Tenerife, the rains are not as persistent and common as compared to other places. One notable thing about the rain though is the fact that the most rain falls in winter at night making it more enjoyable. Some downpours can be experienced when seasons are about to shift but these are not as frequents. And yes, there are no reported cases of floods in the modern history of Tenerife which makes its weather patterns one of the best in the whole world.

The Sun shines on 365 days every year

Yes, there are 365 sunny days each and every year in Tenerife. Name any other place in the world that experience’s this? Even in Zimbabwe where there is the world’s best weather, the sun only shines on 340 out of the total 365 days in a year. In particular, in Tenerife’s major attraction, the Teide volcano situated in the Teide National Park, there will always be a blue sky regardless of the circumstances. Despite was mentioned about a cloudy North in the beginning of the post, even if the day starts as cloudy in Tenerife, the sun will always find a way to expose it’s glamour upon the magic island.

In conclusion, apart from the amazing look of the Teide by night, Tenerife has a reputation for having a wonderful climate that is unmatched by any other tourist attraction in the world, it is a destination worth visiting. An excursion to remember: A day with Teide by Night